The Air Invasion of Holland 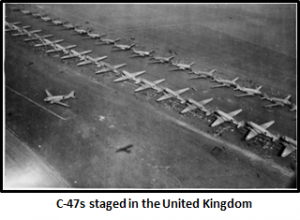 “Supplies would be dropped automatically to all divisions and the Polish brigade; the first full supply drop now was scheduled for D plus 1. Supplies would continue be dropped by parachute until landing strips could be prepared.  The Eighth Air Force did agree to furnish 252 B-24 bombers, with ball turrets removed, for resupply missions. The crews to handle the supplies on the bombers had to be trained quickly, and arrangements made for moving supplies to the Eighth Air Force bases. Supplies were to move to those bases on 16 September in 110 trucks and trailers to be furnished by the supply services. The men from the services of supply would accompany the loads to the airfields, supervise the loading in the aircraft, and accompany the planes to eject the bundles.”  ~ Major James A. Huston

This Coalition plan authored by British Field Marshal Bernard L. Montgomery attempted to capture enough German territory with the ultimate objective of seizing the Ruhr Valley—home to a much of the German war industrial base.

The plan was made quickly with a great deal of assumptions and wishful thinking—including logistics—which contributed to the destruction of the British 1st Airborne Division at Arnhem.

I would recommend viewing A Bridge Too Far and read the classic (of the same name) by Cornelius Ryan for the “rest of the story.”

Next month will be discussing Heirpower!