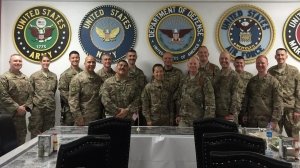 The target was an ISIS cave and tunnel complex in Nangarhar Province, Afghanistan. The blast is said to have slain more than 90 ISIS fighters. Where the MOAB sat in secret prior to its drop is a lesser known story.

In the months leading up to the deployment of the most powerful non-nuclear bomb in the US military’s arsenal, the MOAB had a temporary home at Bagram Airfield in the 455th Expeditionary Maintenance Squadron’s ammunition supply point.

“For BAF to be involved in such a historical event is history making stuff,” said Maj. Anthony Sutton, 455th Expeditionary Maintenance Squadron commander. “Events like this will be published in future Air Force historical references and professional development guides for study.”

The Major notes that munitions systems Airmen from Shaw Air Force Base, South Carolina, and Special Operations personnel played a key role in the daily inspection, maintenance and protection of the asset.

As logisticians and maintainers at BAF began to realize the scope of the mission they accomplish day in and day out, they also realized the need to revive LOA’s Hindu Chapter at their location.

“Having a LOA chapter at a deployed location is vital since here is where the mission happens, and here is where the relationships and knowledge you gain from LOA participation are most effective,” said Col. Timothy Trimmell, 455th Expeditionary Maintenance Group commander.

Soon after Trimmell and Col. Phillip Noltemeyer, 455th Expeditionary Mission Support Group commander took command, they made it their goal to bring LOA back to BAF.

“From learning who to talk to, to learning what each unit brings to the fight, to learning new ways to tackle challenges, the opportunities LOA provides pay off directly here at Bagram in the generation of combat sorties,” Noltemeyer said. 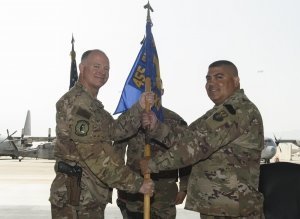 The chapter has already begun to thrive by gaining more than 30 Air Force, Navy and civilian members through two deployment rotations at BAF.

LOA’s Hindu Chapter members played a critical role in national defense throughout 2017. Airmen at BAF saw a rapid increase in personnel and munitions deployed in their area of responsibility.

Increases and plus-ups never come without challenges, just like when six aircraft from Aviano Air Base, Italy, landed at BAF in October.

Upon arrival, all six of the aircraft were code three, meaning each of them was experiencing a maintenance issue that would prevent them from flying until it was resolved.

“Using the troubleshooting skills of our maintainers in concert with engineers back at Hill Air Force Base, Utah, we discovered this was being caused by a software glitch as result of the aircraft having recently undergone a software upgrade,” said Lt. Col. Robert Kongaika, 455th Expeditionary Aircraft Maintenance Squadron commander.

Kongaika said maintainers were able to resolve the issue in less than eight hours. The fruits of their labor became evident in the record breaking number of bombs dropped in October. 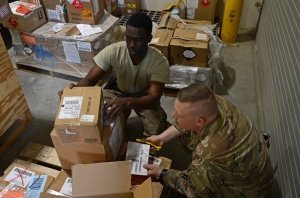 For many of the men and women in LOA’s Hindu Chapter, their experience at BAF has shaped the way they value logistics.

“From force level increases, to mission changes, to constant monitoring of resupply routes throughout the region, operational leaders know that the success of the mission relies on logistics,” Trimmell said.

The Hindu Chapter is made up of members of all ages and ranks. Some have a handful of deployments under their belt, others are facing the challenge for the first time.

“This is my first deployment and it has definitely opened my eyes to the important role played by logisticians in a combat zone,” said Comiskey. “Without the efforts of logistics professionals across the base, our resources would just sit idly in a cargo yard instead of being employed effectively in military operations across Afghanistan.”

In the future, current Hindu Chapter members are confident their group will continue to flourish. They believe the benefits of LOA participation are evident in strengthened relationships between personnel and the knowledge gained from chapter events. 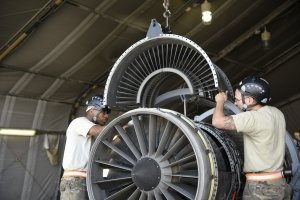 Comiskey’s hope is that the chapter will one day consist of Army, Navy, Air Force, Marine and civilian members from the 455th Air Expeditionary Wing and US Forces Afghanistan to capitalize on the unique joint-education and professional development opportunities at BAF.

2017 was undoubtabley a busy year for all military personnel deployed in Afghanistan. Using limited free time to participate in LOA is a feat to be proud of as we continue to strengthen the logistics career fields.