Ground personnel of the 97th Bomb Group reservice a B-17 Flying Fortress (serial number 41-9023) nicknamed “Yankee Doodle,” following the raid on Rouen. Associated Press Photo Shows: No sooner had one of the huge Fortresses landed after the raid than ground crew immediately began reservicing it ready for the next job.  More information at the American Air Museum

11. GENERAL.  -a. The commanders of air force units, when confronted with a problem, an emergency, or a special situation, must go through a certain well-defined mental process in order to arrive at a sound decision. This process includes a consideration of the task, the difficulties to be overcome, and available means for overcoming these obstacles.

b. A commander of a small force or an individual pilot may be suddenly confronted with an emergency demanding immediate action. There may be almost no time for deliberation; yet before he can reach an intelligent decision there must flash through his mind certain essential factors pertaining to the task, the enemy, and his own force. On the other hand, the commander of a large force may be given a task that calls for days or even weeks of the most careful thought and study. The commander utilizing all of his staff considers everything that may possibly affect the problem. He foresees all probable contingencies. and finally reaches his decision. These two examples illustrate the extremes; but the mental process involved is fundamentally the same whether the unit be small or large, varying only in extent of detail. This process is termed the estimate of the situation. 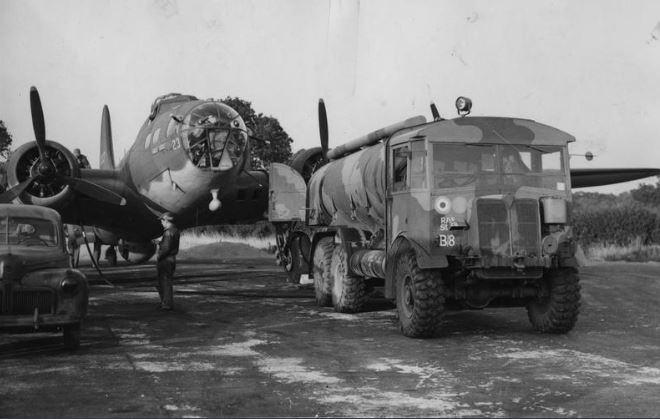 Imagine the on-going communications and logistical miracles which occurred during the Summer of 1942. The buildup of the United States Army Air Forces at numerous bases in the United Kingdom, resulted in the first raid flown into Occupied-France on 17 August 1942. British newsreels presented this first raid in a very generic presentation after the raid: Flying Fortresses Bomb France 1942.

As with any military operation, communications play a vital role for all personnel to understand and execute the assigned mission. This month’s perspective features FM 1-75, Combat Orders. Though technology has immensely changed since the earliest days of the US Army Air Forces, the basics of “sending and receiving” the message have not. Consider the advent of social media; today’s communications mirror the message traffic sent from “PINETREE” (Eighth Air Force Headquarters at High Wycombe, United Kingdom)—brief and to the point.

If you want to know more about the raid featured in this newsreel please read Yankee Doodle Goes To Town.