“Rick Atkinson, author of an award-winning study of the Army in North Africa, wrote, ‘For years Fredendall would be castigated for the poor American showing; like several of his subordinate commanders, he was overmatched.’41 While the military response, given the resources available to him, was likely more than adequate, the way Fredendall managed the personal relationships, both with subordinates who had been left out to dry and superiors who were largely responsible for it, proved to be his, and the II Corps’ undoing. In the end, he was unable to control much of what was happening around him. The only thing he could control was how he reacted to it, and how he let that affect those who worked for him. And in that, history has found him wanting.

At the same time, an examination of the II Corps in the Tunisian battle reveals a larger degree of patronage and nepotism than is generally acknowledged in the senior ranks of the World War II officer corps. In an organization that was supposed to be pure meritocracy, it is surprising how often connections, mentor-subordinate relationships, and ‘old school’ ties played a role in hiring and firing decisions. While these relationships might be fairly easy to manage at lower levels, at echelons above brigade, officers have acquired both a wide reputation, as well as substantial networks both within and across branches, and hiring and firing decisions are likely to affect those well beyond the individual involved. As a result, well-placed mentors or subordinates can have an undue influence on personnel decisions, and this pernicious influence should be guarded against.”

Fredendall’s Failure, A Reexamination of the II Corps At the Battle of Kasserine Pass

Lloyd D. Fredendall is a mere footnote today (on what not to do). Promoted to lieutenant general (and sent home to a training command) after the debacle at Kasserine Pass (March 1943), his performance prior to and during the battle erased his pre-war reputation. Objectively examining this case study, you can assess the impact of personal and professional conduct and accountability, and the relationship to command climate and organizational culture. 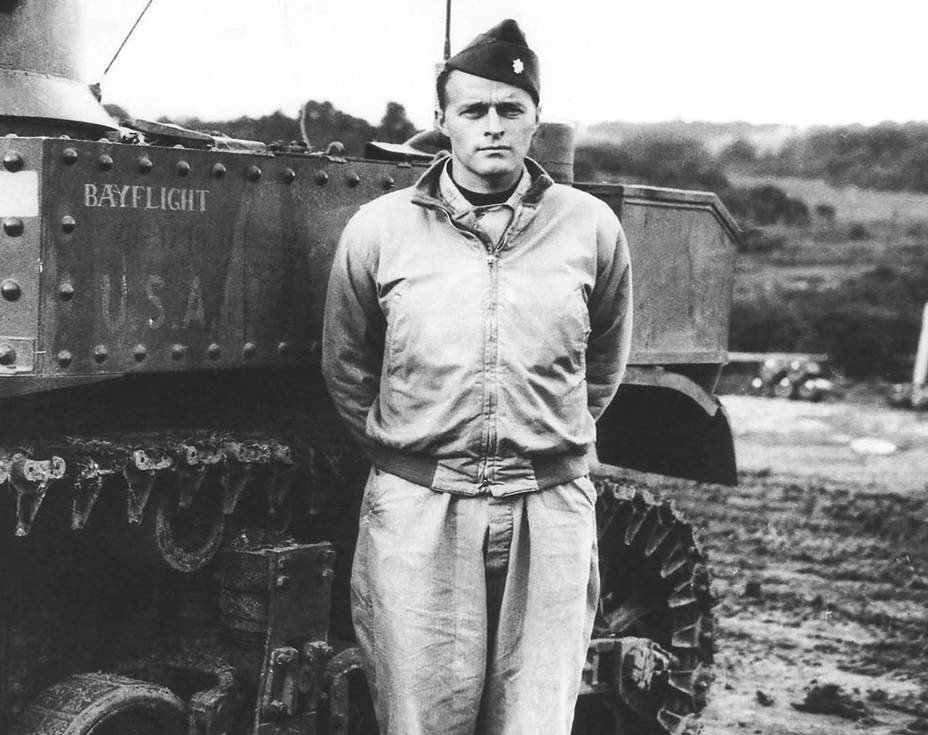 LTC John K. Waters, Patton’s Son-in-Law would be captured during the Battle of Kasserine Pass, survive the war, and attain general officer rank in the 1950s

Patton’s son-in-law LTC John K. Waters (an armored battalion commander) described Fredendall’s behavior after the capture of Oran, Algeria (10 November 1942):“After a close inspection of the city, Waters exited the city, passing some of his own tanks that had run out of gasoline, and found the corps commander, Lloyd Fredendall on the outskirts. The 1st Battalion had not refueled for two days after leaving the airfields at Tafaraoui, and Todd’s unit (a sister battalion) had outrun its communications (and made no attempt to reestablish them) with Task Force Green headquarters and was unable to get badly needed gas or ammunition in a timely manner. This nonchalant attitude toward logistics would haunt the armored forces across North Africa. Fredendall climbed into the turret of the Stuart tank, and Waters took him into the city for a tour. Waters commented on the corps commander’s demeanor: he was ‘afraid of being shot. He wouldn’t stand up in the turret and look around. There wasn’t any danger of getting shot. The people were welcoming us with open arms. He would only peek over the turret.’ Fredendall’s excessive personal caution would have disastrous effects later in North Africa…

Prior to the battles of Kasserine Pass, Fredendall employed his only digging assets to build tunnels for his corps headquarters, which was more than 100 miles from the most forward elements. Furthermore, he never ventured near the forward edge of the battlefield, even when there was no enemy contact, to ascertain the battlefield situation.”

We tend to think of Pearl Harbor, Midway, D-Day and the Battle of the Bulge as significant World War II battles and campaigns for in-depth study and analysis…I would recommend you add Kasserine Pass and the overall North African Campaign to this list.

As portrayed in the film Patton, the new II Corps commander arrived with sirens blaring and discovering his soon to be predecessor Fredendall having breakfast at ten o’clock in the morning.

Further reading on this subject, you will discover, Patton was not Eisenhower’s first choice to take II Corps.  Interesting to reflect how the North African campaign would have unfolded with a different general (and personality) in command. 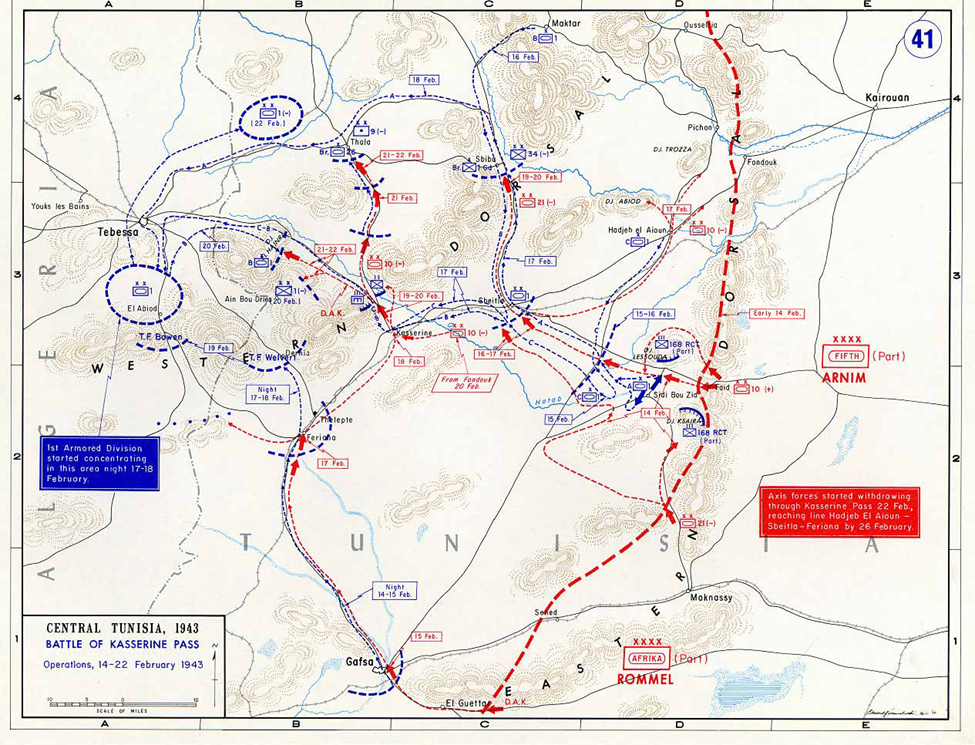 1)  Battle of the Kasserine Pass (map above)