ER: A New Lens on Deterrence


When many of us read the word deterrence, we instantly think of our nuclear triad and the term “strategic deterrence.”  Those who have lived in the conventional world may find nuclear impacts interesting, but will not invest a lot of time and energy in a realm that is not in their current wheelhouse.

After many years in and around the nuclear arena, we propose that we need to rethink our instant definition of deterrence.  Deterrence is a state of mind response to a state of force.

Our enemies have advanced systems allowing them to study and understand our military capacity (equipment and training).  This reality makes it far more important for the US to not only possess advanced systems but to exercise and demonstrate proficiency at all levels.  The ambiguity we used to our advantage during the Cold War does not exist today.

With this definition, one can see deterrence in a lens encapsulating more than our nuclear triad.  Deterrence is a key component of any force.  It is with our military competence, demonstrated skill, and threat of use of force, we dissuade internal and external enemies of the United States.

From here, we must then ask how do we integrate conventional and nuclear forces to ensure consistent deterrence even after a nuclear event?  This is important because, as an enemy determines they can no longer win a conventional fight against the US or an allied coalition, a nuclear option becomes a viable course of action for the adversary to consider.

If the adversary knows the US is prepared to fight through a nuclear attack the benefit of using a nuclear option to counter US/coalition advances is no longer a valid military choice.  Because a nuclear option carries both a military and political risk, the enemy is less likely to take that course of action unless they are confident the benefits outweigh the long-term security risk to their sovereign nation.

Because a nuclear option carries both a military and political risk, the enemy is less likely to take that course of action unless they are confident the benefits outweigh the long-term security risk to their sovereign nation.

Therefore, how do we prepare our forces, particularly our Air Force, to make sure we are appropriately trained and ready for the fight of the future?  How do we ensure the right skill sets are in the room with decision-makers before the battle?

Over the past year, the staff of HAF/A10 have been traveling and meeting with all of the major commands to determine where we are successful and where we may have gaps in our training and/or equipment.  The team has listened to a variety of issues and successes.  They have found some agreements and disagreements, but most interesting is the support of the issue from our joint partners – sometimes more so than our internal Air Force.

As our Air Force balances the Air Force we need – against the Air Force we have, different priorities become important to various communities.  How do we incorporate the additional requirements to enhance deterrence thinking and training, with the current training requirement load that allows us to maintain existing vital Air Force skills?  We need to stop thinking of this as a separate training issue and think of it as an integrated one, complementary to all existing training programs.

We need to stop thinking of this as a separate training issue and think of it as an integrated one, complementary to all existing training programs.

At any exercise/training event, one can ask the question: “how would we do this if….”  The experts are around to assist in asking the question and formulating methods of stretching ourselves to think differently.  We will have to crawl, walk and then run to give this effort the attention it deserves.  We will need honest feedback and judgement calls from topical experts – relying on our scientists and bio-environmental and medical personnel on human effects; while leaning on transportation, supply, maintenance, and operations experts to determine what is necessary vs. what is needed in a nuclear-degraded fighting environment.

A nuclear environment may include degraded command and control, limited access to airfields and US bases, contaminated food, water, and supplies, as well as high casualty rates and radiologically contaminated victims that require specialized handling.  No one is better able to aid in answering those questions than our logistics forces who are already attuned to working in adverse conditions, bringing out the best in ourselves and each other.

We must stop thinking of deterrence as something someone else will handle, or even worse, something we do not require.  The enemy’s decision to be deterred is impacted by their interpretation of US military lethality and our operational competence.  The strategic deterrence mission is a responsibility shared by all of our forces – operations and logisticians. It is how we are our nation’s sword AND shield.  We must invest the energy and time to see deterrence as an integrated effort to be the best Air Force of the future.

The strategic deterrence mission is a responsibility shared by all of our forces – operations and logisticians.

Lt Col Stephanie Q. Wilson, PsyD, is a career Air Force officer specializing in missiles and munitions maintenance.  She has had assignments throughout the nuclear enterprise, commanded two squadrons, worked with the Defense Threat Reduction Agency during START inspections and is currently completing her second tour at the Pentagon in HAF/A10.  Lt Col Wilson received her BS in Biology from Clemson University, her MAS from Embry-Riddle University, and her PsyD in Organizational Leadership from the University of the Rockies.

Dr. Kimberly K Heltz is a former Army counter-intelligence agent and current Air Force civilian research analyst specializing in nuclear deterrence strategy and leadership decision-making.  In addition to her military service, she has held various positions in deterrence research, planning and assessments at USSTRATCOM and within Air Force Strategic Deterrence and Nuclear Integration Directorate at the Pentagon.  Dr. Heltz received her MA in Diplomacy and Military Studies from Norwich University and PhD in Public Policy and Administration from Walden University.

Thanks to our sponsor 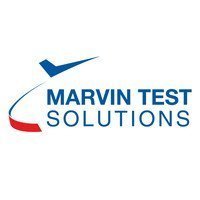