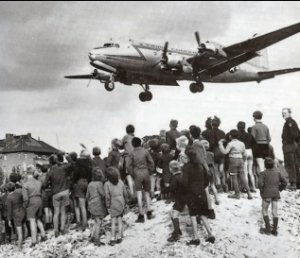 “A simulated bombing mission was flown over Dayton, Ohio, during January of 1949 for the purpose of evaluating bombing effectiveness. The Dayton mission was important, because, besides indicating certain minor scoring procedure problems, it revealed bombing CEP’s (circular error probable) which fell short of command expectations. The results of this mission further emphasized the need for more thorough bombing training.” 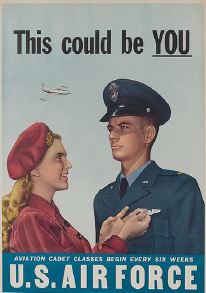 All eyes were on the logistical feats accomplished by the Western powers in support of the besieged German population in West Berlin at the beginning of 1949.  General Curtis E. LeMay commanded the Berlin Airlift after previously serving at Air Materiel Command HQ (Wright Field—residing in Yellow Springs, Ohio) and Deputy Chief of Staff for Research and Development.  Assuming command of SAC in October 1948, the “Iron Eagle” inherited a command unable to meet it’s wartime mission.

Walton Moody’s excellent book Building a Strategic Air Force summed up the shape of SAC in 1948:  In reality, the fledgling command was a hodgepodge of organizations, as lacking in capability as in orderly structure. Devastated by demobilization, the bomber groups could barely maintain half of their Superfortresses. The 509th Composite Group at Roswell had scarcely 20 SILVERPLATE aircraft. The historian of the 449th Bombardment Group reported a situation which even then must have been extraordinary: ‘Due to the fact that there are but 17 enlisted men assigned to Aircraft Maintenance Division instead of the 473 authorized, efficient maintenance has been impeded, to say the least.’”

At the beginning of 1949, General LeMay ordered the entire command to “bomb” Dayton, Ohio—results were less than desirable.  Thus, began the building of the strategic force which played a prominent role throughout the Cold War.  We have faced challenges in recent years—though not as difficult as faced by our young Air Force in the late 1940’s.