“Custer’s own credentials were impeccable. He was a West Point graduate, a superb cavalry officer, and the youngest soldier to be made a brevet brigadier general in the history of the US military. When promoted to brevet major general, he was the youngest American to ever hold that rank. Military historians rank Custer below only General Philip H. Sheridan and Major General Alfred Pleasonton as an American cavalry tactician and field commander. Custer was schooled and experienced, and he understood the importance of logistics.” Colonel Richard M. Bereit, USAF, Ret.

One of my favorite Saturday afternoon movies to watch was They Died With Their Boots On (Warner Brothers, 1941) starring Errol Flynn as Custer. I would venture to say most of the movie was Hollywood hokum; however, you gain an appreciation on the importance of discipline and morale to a fighting organization. See Youtube video excerpt (https://www.youtube.com/watch?v=4m7RPjQxjmA) 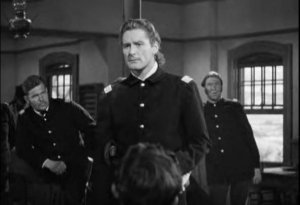 Did Custer fail to appreciate intelligence and logistics prior to beginning his campaign against the Sioux? Scouts Out!